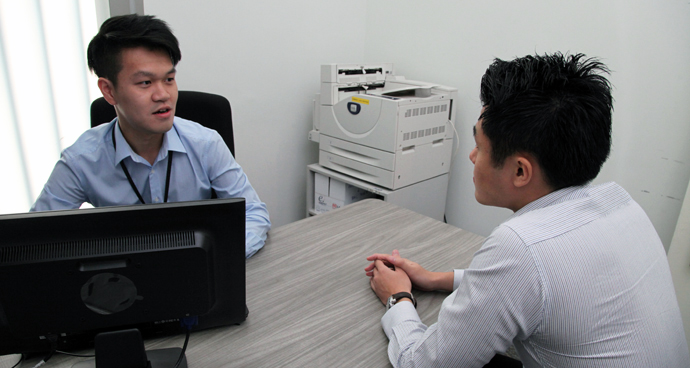 For complaints that do not come under CPIB’s purview, they will be referred to the relevant authorities. If a complaint is too vague, CPIB may not be able to act upon it. As such, it is always helpful if complainants/informants can provide us with as much information as possible. Examples of useful information will be details like the identities of the parties involved, the amounts of bribes transacted, the date, time, place and mode of the bribe transactions, and the favour shown in return for the bribes transacted.

Once the decision is made to look into a corruption complaint received, investigation will be conducted. If sufficient evidence is gathered for court prosecution, the corrupt offenders will be arrested and charged in court for offences under the Prevention of Corruption Act. In cases involving public officers, whereby investigations do not disclose any criminal offence but show that they may have breached civil service or departmental guidelines on conduct and discipline, these officers will be referred to their own departments for departmental actions. 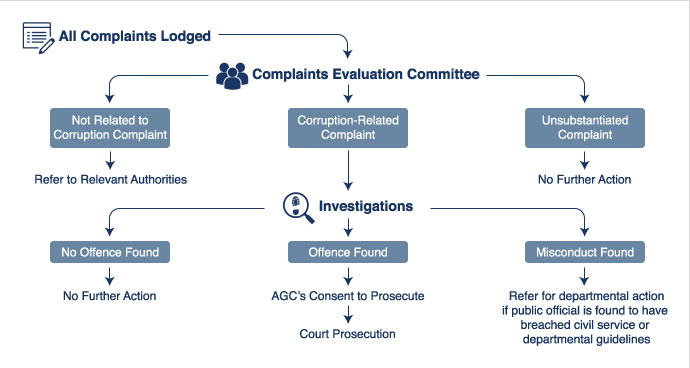