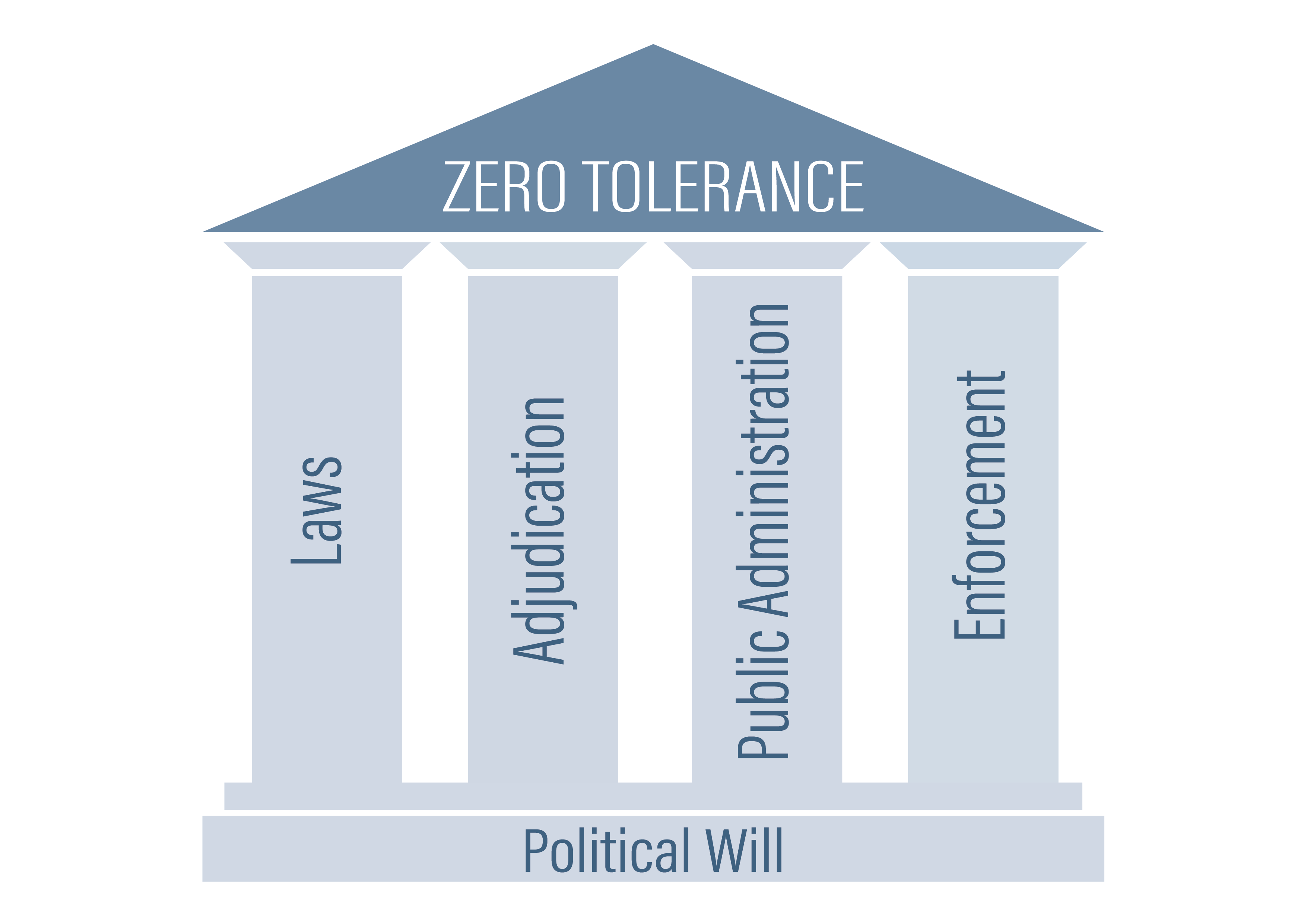 Today, Singapore enjoys a well-earned reputation for a high level of incorruptibility. The success of Singapore in fighting corruption is the result of an effective corruption control framework with its four key pillars of laws, adjudication, enforcement and public administration, underpinned by political will and leadership.

The political will to eradicate corruption was established by Singapore’s founding Prime Minister, Mr Lee Kuan Yew, when the People’s Action Party (PAP) was elected into government in 1959. The PAP was determined to build an incorruptible and meritocratic government, and took decisive and comprehensive action to stamp out corruption from all levels of Singapore’s society. As a result of the government’s unwavering political commitment and leadership, a culture of zero tolerance against corruption has become ingrained into the Singapore psyche and way of life.

Singapore relies on two key legislations to fight corruption; the Prevention of Corruption Act (PCA), and the Corruption, Drug Trafficking and Other Serious Crimes (Confiscation of Benefits) Act (CDSA). The PCA has a wide scope which applies to persons who give or receive bribes in both the public and private sector. The CDSA, when invoked, confiscates ill-gotten gains from corrupt offenders. Together, the two laws ensure that corruption remains a high-risk low-rewards activity. Upon the conclusion of investigations by the CPIB, all alleged corruption cases will be handed over to the Attorney-General’s Chambers (AGC), the prosecutorial arm of the Singapore Criminal Justice System, to obtain the Public Prosecutor’s consent to proceed with Court proceedings.

In Singapore, an independent judiciary provides insulation from political interference. The Chief Justice is appointed by the President on advice from the Prime Minister and the Council of Presidential Advisers. District judges and magistrates are appointed by the President with advice from the Chief Justice. Various provisions of the Constitution also guarantee the independence of the Supreme Court judiciary. Transparent and objective in its administration of the rule of law, the judiciary recognises the seriousness of corruption and adopts a stance of deterrence by meting out stiff fines and imprisonment towards corrupt offenders.

The Corrupt Practices Investigation Bureau (CPIB) is the sole agency responsible for combating corruption in Singapore. The CPIB is under the Prime Minister’s Office (PMO) and reports directly to the Prime Minister, enabling the CPIB to operate independently. Through more than 60 years of corruption-fighting, a deterrent stance has always been adopted, ensuring that there are no cover-ups and corruption is fought without fear or favour. With a fearsome and trusted reputation, the CPIB acts swiftly and vigorously to enforce the tough anti-corruption laws impartially for both public and private sector corruption. During the investigation process, the CPIB will work with various government agencies and private organisations to gather evidence and obtain information.

The Singapore Public Service is guided by a Code of Conduct, which sets out the high standards of behaviour expected of public officers based on principles of integrity, incorruptibility and transparency. The practice of meritocracy in the Public Service, together with regular reviews of administrative rules and processes to improve efficiency also reduce the opportunities for corruption. In addition, the CPIB is mandated to conduct procedural reviews for government agencies which may have work procedures that can be exploited for corrupt practices.