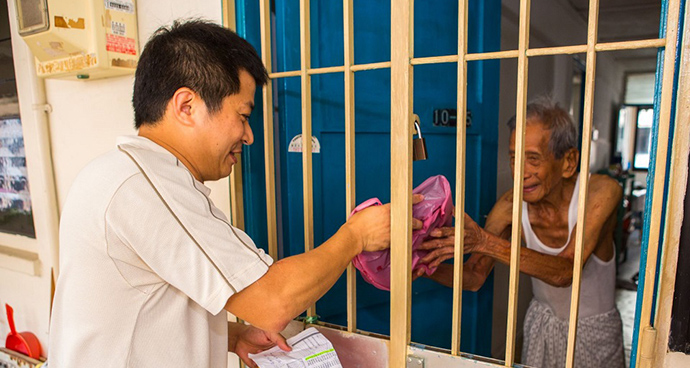 A new corporate social responsibility initiative undertaken by CPIB in 2016 was Meals-on-Wheels, an activity which requires volunteers to serve as food delivery providers such as “Deliveroo” or “foodpanda”. Touch Community Services (Touch), the organization which runs Meals-on-Wheels, require volunteers on a daily basis as they have homebound elderly who need lunch and dinner delivered to them at their homes. This was an eye-opening experience for the officers who volunteered their time, legwork and car power on 5 August, going round the estates of Toa Payoh to deliver meals to the elderly. Apart from simply delivering meals, volunteers were to keep a lookout for the elderly. As these homebound elderly could have fallen or taken ill without anyone knowing. The volunteers checked on the general state of health of the elderly and also if the previous meal had been left untouched.

The CPIB officers who participated in the event, felt that Meals-on-Wheels was a very meaningful activity. While the act of moving from one unit to another to deliver meals seemed mundane, the gentle greetings, heartwarming smiles and thanks from the elderly made their day.. Such warmth and compassion that came from direct interpersonal interaction, which was felt both by the beneficiaries and the volunteers, was something that could not be experienced simply by donating money.