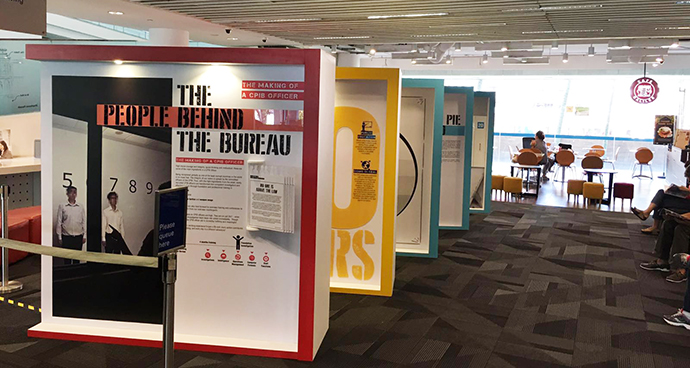 The CPIB Exhibition “Declassified - Corruption Matters” was launched on 7 April 2016 by Prime Minister Lee Hsien Loong at the National Library, where it was on display for more than a month. As part of efforts to spread the anti-corruption message far and wide, the exhibition also roved to four selected regional libraries to make it convenient for visitors to visit the exhibition. 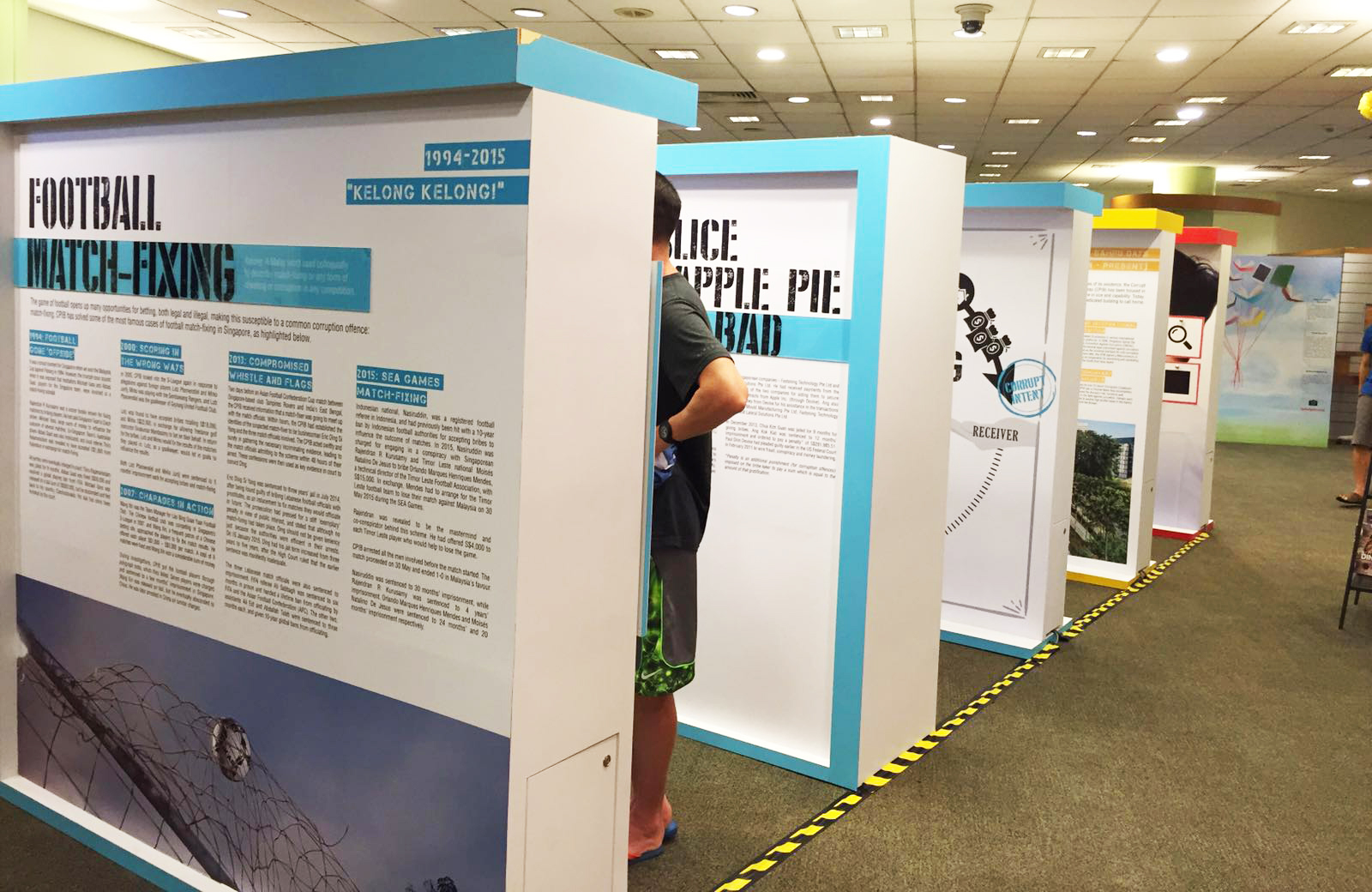 In June 2016, the exhibition moved to Tampines Regional Library. Visitors who missed the exhibition at the National Library could take the opportunity to read about the stories shared by CPIB officers on their memorable moments on the job, uncover the mysteries behind CPIB’s classified case archives and learn more about the CPIB’s rich history. 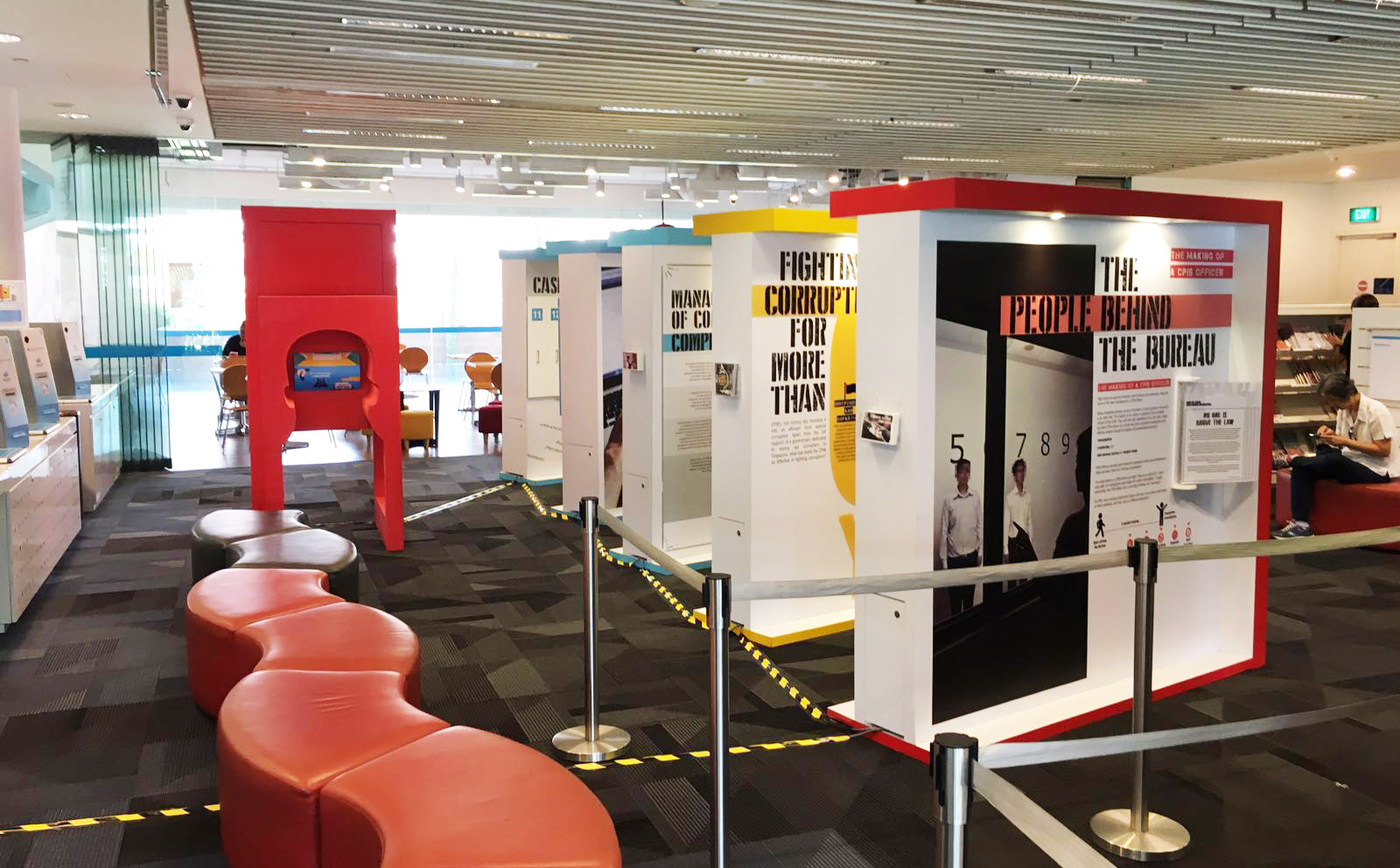 The exhibition made its way to the central region of Singapore in July 2016 when it travelled to Bishan Public Library. It was a smaller exhibition area as compared to the rest of the libraries, but it did not deter visitors from prowling through the panels and collecting the three different themed anti-corruption postcards on display. 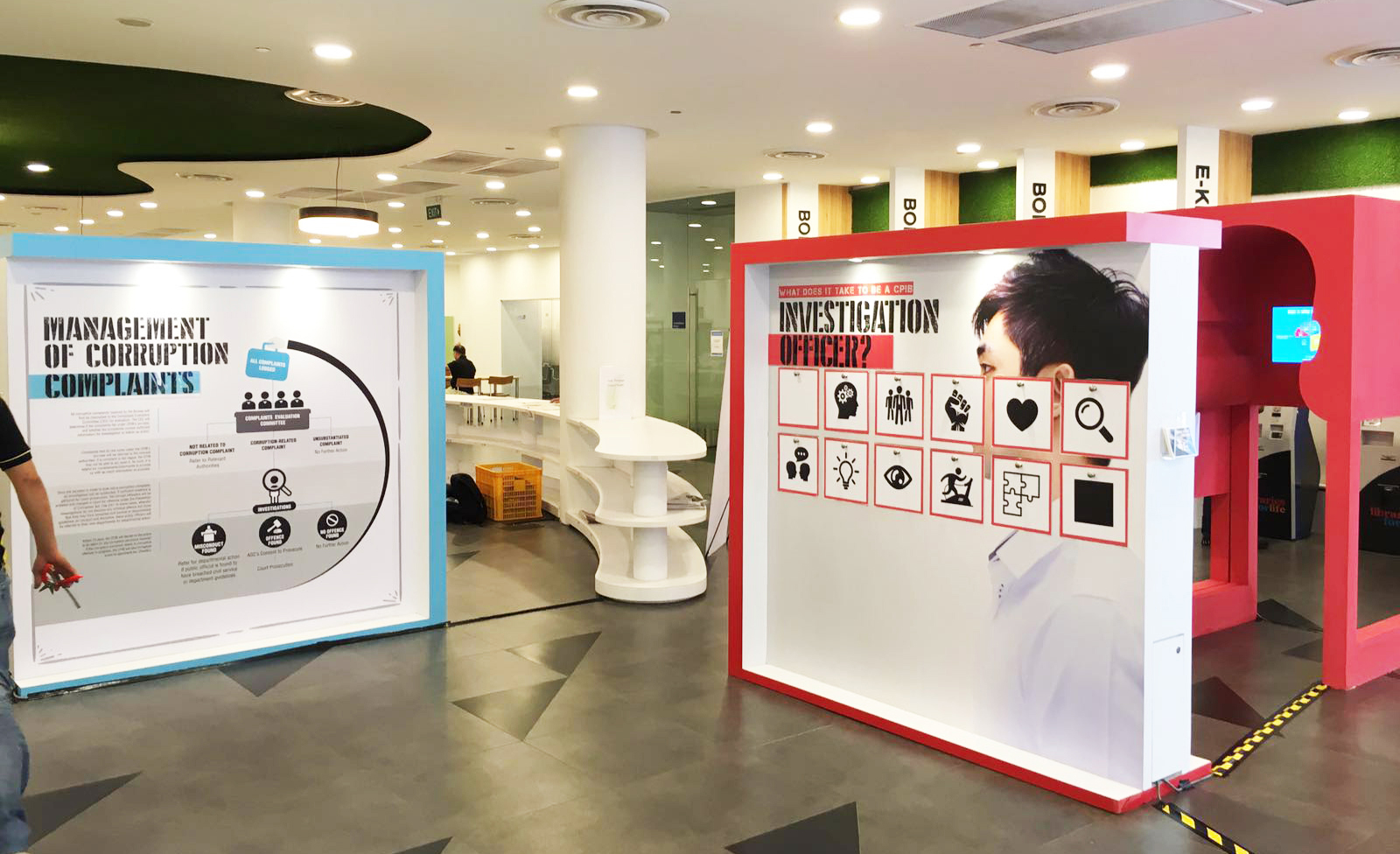 The largest public library under the National Library Board network of public libraries, Jurong Regional Library, was home to the CPIB Exhibition “Declassified - Corruption Matters” in September 2016. From picking up ways to report corruption, to identifying what makes up a corrupt act, visitors learned how to be a graftbuster when they visited the exhibition. 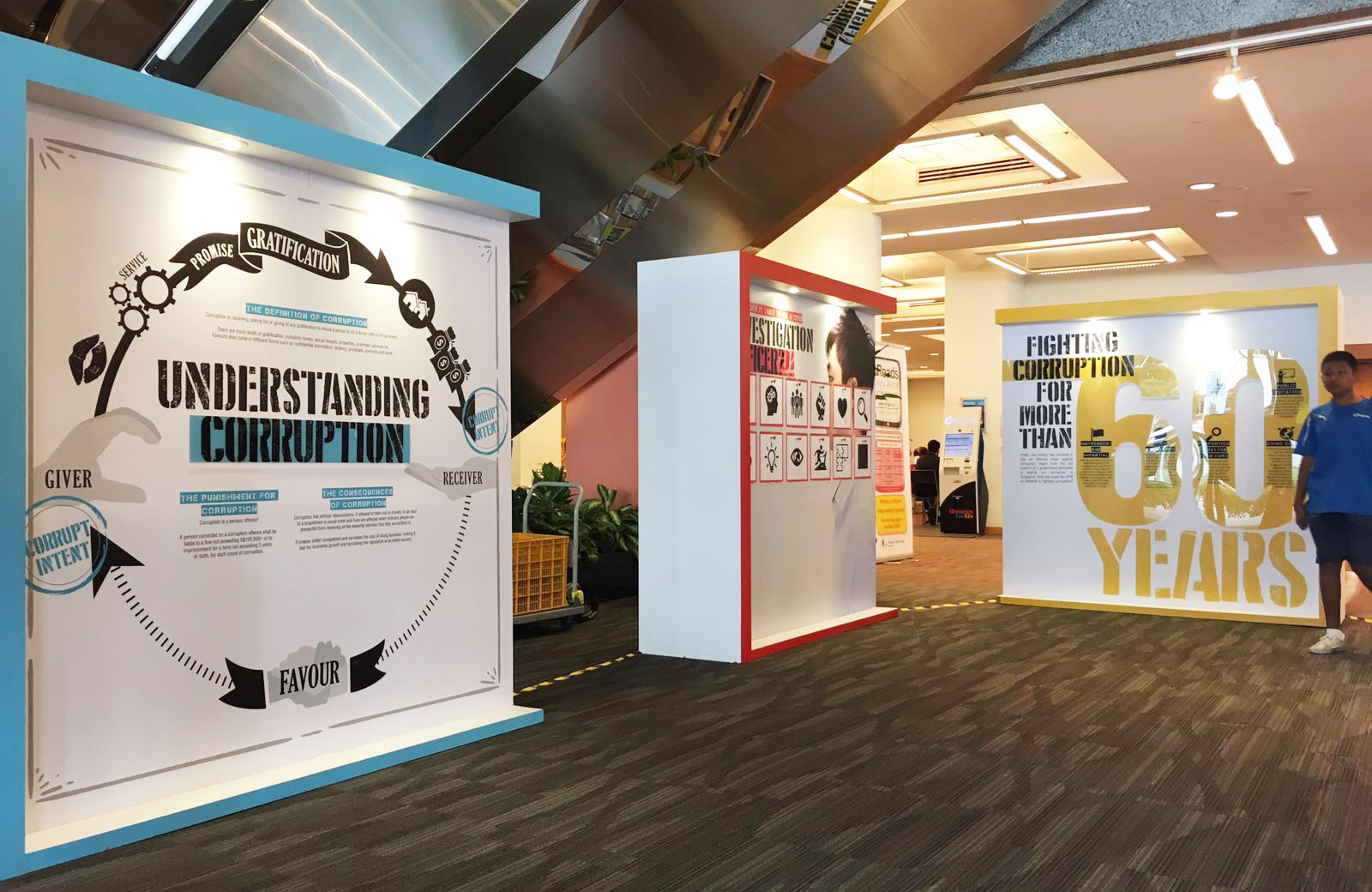 Tucked away in the northern area of Singapore, the Woodlands Regional Library is touted as a one-stop information and reference centre for the northern sector of Singapore. In October 2016, as the exhibition landed there, the library was the place to head to for visitors to learn all about corruption and the agency battling the venal in Singapore.

Next up, the exhibition will continue its rove to the tertiary institutions beginning with Republic Polytechnic from 27 December 2016 – 26 January 2017.